She's excited and kind of squirmy so the pictures are a bit blurry.... 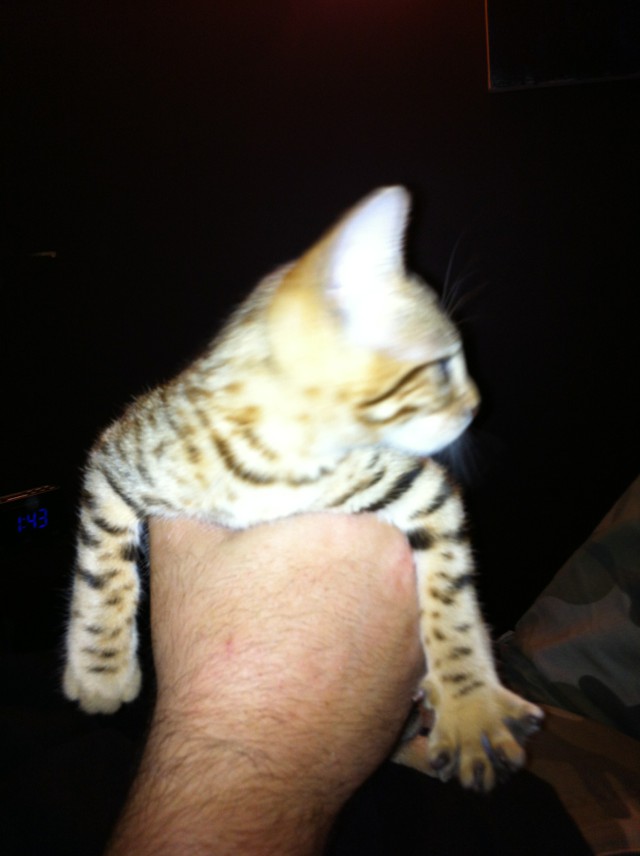 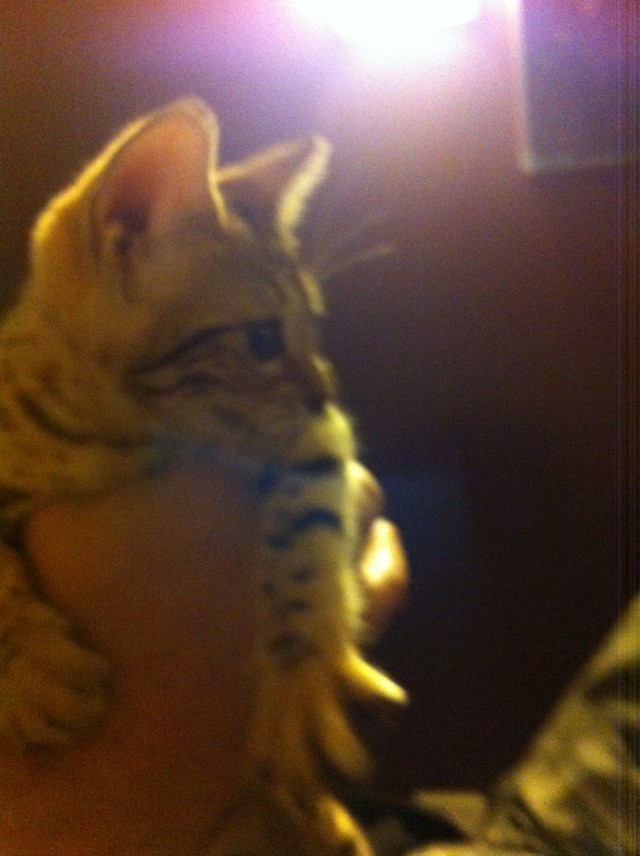 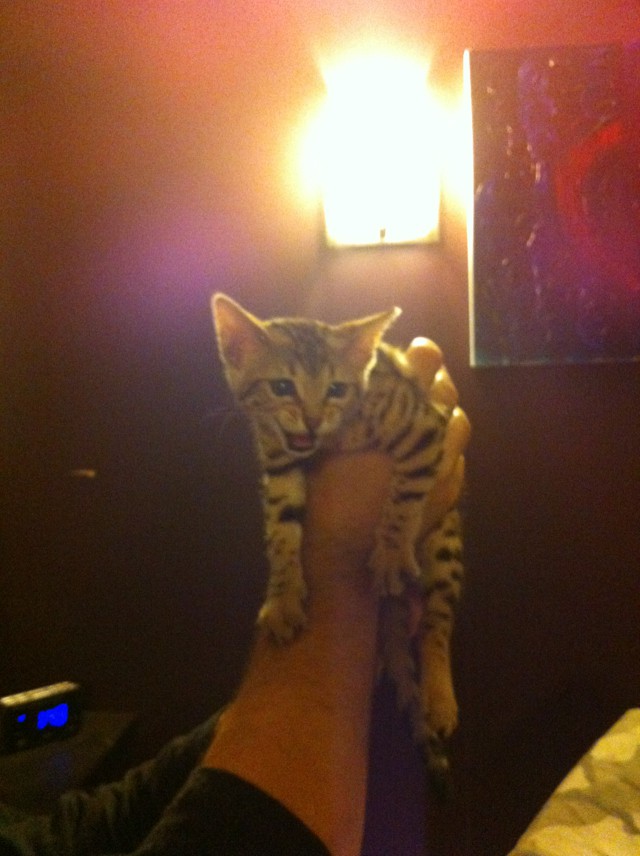 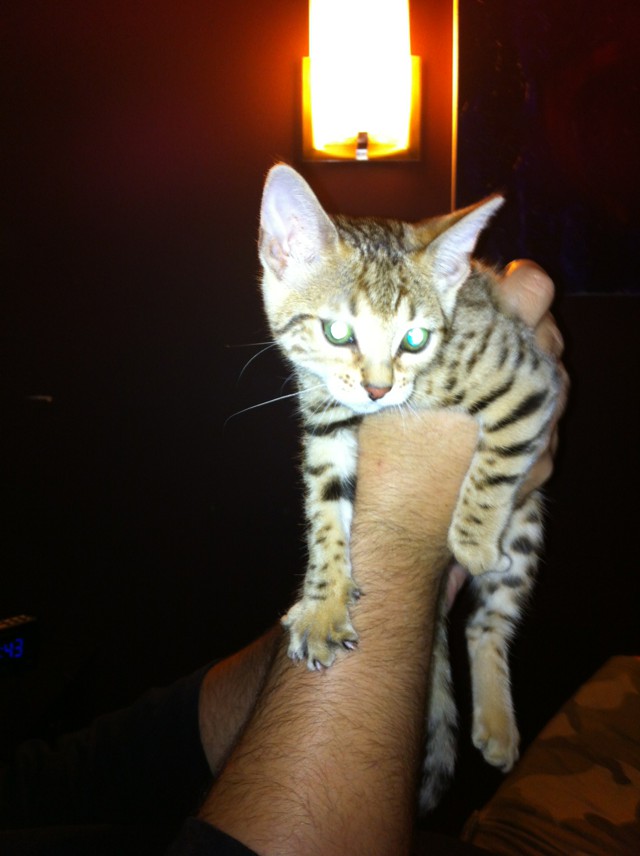 The breeders were...weird. I mean, they were very nice people that clearly loved cats, but a bit too attached. There were some long, drawn out goodbyes and requests for pictures and the guy was tearing up at one point. It's better than the opposite, but it made things a little bit awkward.

Delirium is now excitedly exploring the bedroom while Faust is outside, going a bit crazy. She's pretty responsive to me so far...when we were picking her up, she let me hold her despite being a bit excited and squirmy. The new surroundings have her too keyed up to stay still right now but if I hold my finger out, she comes right up to it. She seems particularly curious about the bathroom.

Posted via LiveJournal app for iPhone.